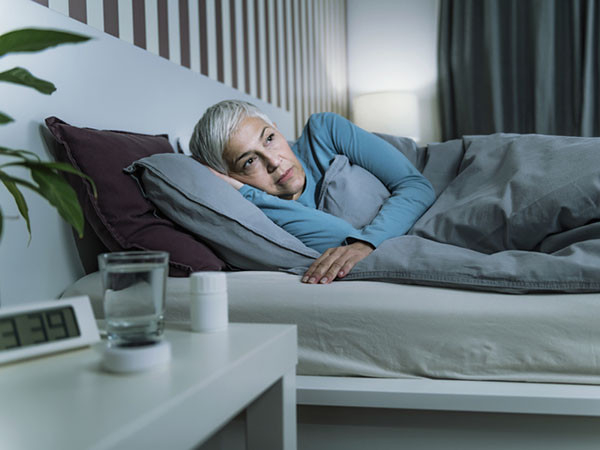 Once the stress of a cancer diagnosis and its intensive treatments have passed, the hope is that life can return to normal. But we know that this is not true for many people who have had treatments for cancer, and sleep is often impacted for a long time after treatment.

Researchers at the American Cancer Society studied responses from 1,903 cancer survivors from across the US. These survivors were diagnosed with cancers such as breast cancer or prostate cancer about nine years before the study. As part of the research, these cancer survivors were asked questions about their sleep and cancer history, and their overall physical, mental, and social health. Even though these men and women had been diagnosed with cancer almost a decade ago, a staggering 51% reported that their sleep had been disturbed over the prior month!

Why do sleep problems continue after cancer?

Findings suggest that the residual effects of cancer may continue to negatively affect a survivor’s sleep. Not surprisingly, poor sleepers were more likely to report that they had more physical and emotional distress. Perhaps more unexpected were results that showed survivors who were sleeping poorly were also more likely to be having some economic hardship, and expressed worries about money and a fear of cancer recurrence.

These are common burdens for cancer survivors. Financially, cancer survivors not only have to shoulder the medical costs associated with their initial treatments, but also ongoing bills from managing the lasting effects of those treatments. Additionally, survivors may have had to change their work situation, or leave their job entirely, in order to manage their health.

Other research has shown that fear of cancer recurrence is common among survivors. Despite having completed their treatments many years prior, people struggle with chronic distress regarding their health and well-being, often at levels equal to that experienced when they were initially diagnosed with cancer.

What can cancer survivors do to improve their sleep?

It is critical that cancer survivors raise the issue with their medical team. There are a number of different sleep disorders that require thorough evaluation and accurate diagnosis. For example, insomnia disorder and obstructive sleep apnea are common among middle-aged and older men and women. If sleep disorders are left untreated, they can lead to a host of negative health outcomes, including cognitive dysfunction, mood disorders, cardiovascular disease, and more.

Medication is a common treatment to help sleep, but it’s not always the best choice, as there are concerns about medication tolerance (needing a larger dose to get the same effect), dependence, and daytime side effects. In the study previously mentioned, 28% of respondents reported using a sleep medication within the past month. While there is certainly a time and a place for medications designed to help with sleep, long-term use is not advised for cancer survivors, especially if the problem is insomnia disorder.

Rather, cognitive behavioral therapy for insomnia (or CBT-I) is recommended as first-line treatment by both the American Academy of Sleep Medicine and the American College of Physicians. Instead of masking the symptom (poor sleep), CBT-I targets the problematic sleep behaviors and thoughts that continue to cause a person to sleep poorly. For example, a patient receiving radiation therapy may be fatigued during the day and take extended naps. During active treatment, this can be helpful. But they may develop a habit of continuing to take naps, which can affect their ability to fall asleep at night. As part of CBT-I, cancer survivors can expect to track their sleep, develop a sleep period that is better aligned with how much sleep they need, learn to avoid problematic sleep behaviors in the bedroom, and change the thoughts that can make it more difficult to fall asleep or stay asleep.

What are the key takeaway messages?

Sleep difficulties are common among cancer survivors, even if they were successfully treated for their cancer years ago. Sleep disorders should be evaluated by a medical provider trained in sleep medicine. There are a number of excellent treatment options that can improve sleep for cancer survivors, such as CBT-I. With increasing virtual access to medical care, telemedicine and online interventions are exciting possibilities for cancer survivors struggling with their sleep.